What is Carmelite spirituality? A couple of readers have asked me this question, and I assume several more have wondered and not asked. So I’m going to write this as a post (for maximum visibility and readership), then make it a permanent page soon.

Carmelite spirituality stems from the teaching and lifestyle of one of the oldest surviving religious orders in the Catholic Church. Like the Franciscans, Jesuits, Dominicans, and others, the Carmelites have a particular way of living out the faith, which has been approved by the Church. St. Therese of Lisieux, one of the best-beloved saints of our age, was a Carmelite nun.

In the 12th century, a group of Christian hermits settled on Mt. Carmel,  where the prophet Elijah had once lived in a cave. St. Albert of Jerusalem wrote a rule of life for them to follow. They built a monastery and came together for prayer, but each lived in his own cell. They dedicated their oratory to Mary, becoming known as the Brothers of the Blessed Virgin Mary of Mt. Carmel.

As always, tensions were high in the Middle East at this time. Soon the Carmelite brothers left the Holy Land for Europe. There they assumed an active life–that is, living and working in the world. Blessed John Soreth established the Carmelite nuns in 1452. The Third Order, for seculars, began two centuries later.

The reform by Teresa of Avila and John of the Cross

Throughout the centuries many saints and blesseds in various countries reformed the Carmelites in their lands. The most significant reform came from saints Teresa of Avila and John of the Cross in 16th-century Spain. The communities they established eventually became the separate Discalced Carmelite Order. “Discalced” means “shoeless.” They wore sandals as a sign of poverty and penance. Teresa and John were later named doctors of prayer by the Church. This means the Church not only approves their teaching, but recommends it to all Christians.

These days, the Carmelites of the Ancient Observance (O. Carm.) and the Discalced Carmelites (OCD) see themselves as two branches of the same family. Though their goals and teachings are somewhat different, they share much in common. There are also at least a half-dozen new members of the Carmelite family that have been approved by the Church, including the Monks of the Most Blessed Virgin Mary of Mount Carmel, to which my brother belongs.  They would probably all agree with the spirituality posts on this blog. Nevertheless, when I speak of Carmelite spirituality, I am speaking about OCDS spirituality, which is what I know most about. I was a member of the Secular Order of Discalced Carmelites (OCDS) for about 15 years.

The spirituality of OCDS

These are the central ideas I blog on in my spirituality posts, along with wisdom from St. Therese of Lisieux and other Carmelite saints. I also include some more general Catholic spirituality.

Why I am no longer OCDS 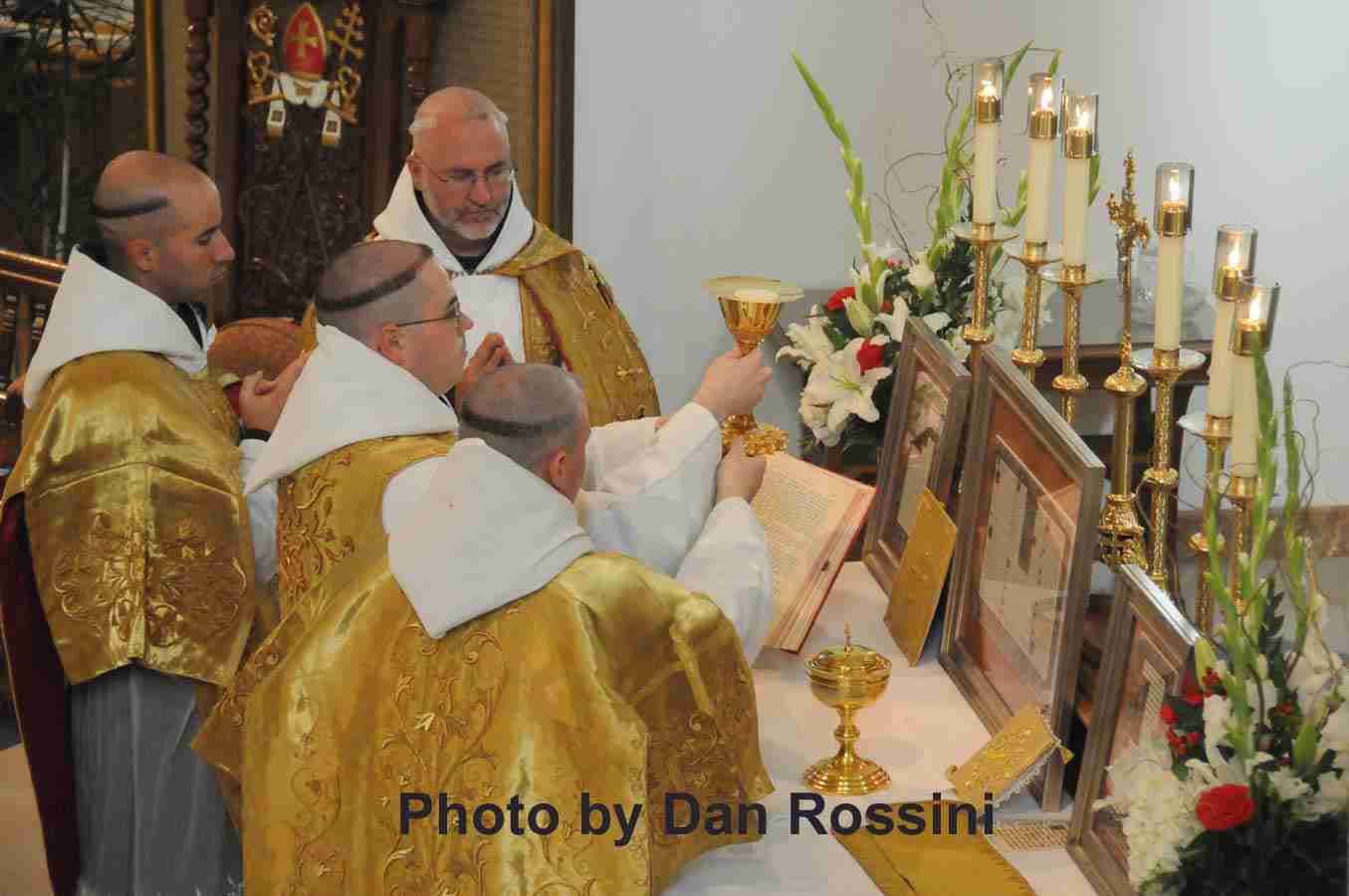 Another question people ask is why I am a “former member of OCDS.” Here is my story. I began in OCDS when I was single and living in the Twin Cities, about 40 minutes from the nearest community. I got married a year before making my definitive promise. Within a year after making my promise, we moved to LaCrosse, Wisconsin, where my husband went to work for then-Bishop Raymond Burke. We were now about 200 minutes from the nearest OCDS community. During this same time, OCDS was working on its new Constitutions. In the past, the order had allowed members to live their promises in isolation, but that was now no longer the case. As our family grew, I could not make it to monthly meetings, but I remained in contact with my community and participated by email in formation classes.

In 2009, we moved to New Ulm, Minnesota, about 80 minutes southwest of the nearest OCDS community. I was hoping to be able to make it to meetings more regularly, but found that was too hard on my family. I petitioned and received permission from our Provincial Delegate to temporarily wave the requirement to attend monthly meetings.

That changed in 2011, when the OCDS community I had long belonged to was suppressed. Due to irregularities in the formation practices of the community, members who wished to transfer to other communities had to be under probation for one year. I no longer had a community to relate to. I would have to attend meetings regularly for one year at least, before a new community could decide whether or not to accept me as a member. After discussing this with my husband, I realized the requirement was too difficult, given the distance and our four sons, the youngest a newborn. I was not able to obtain an exception this time, so, sadly, I had to be released from my Carmelite promises.

41 thoughts on “What is Carmelite spirituality?”