Peter Rabbit and the fall of man 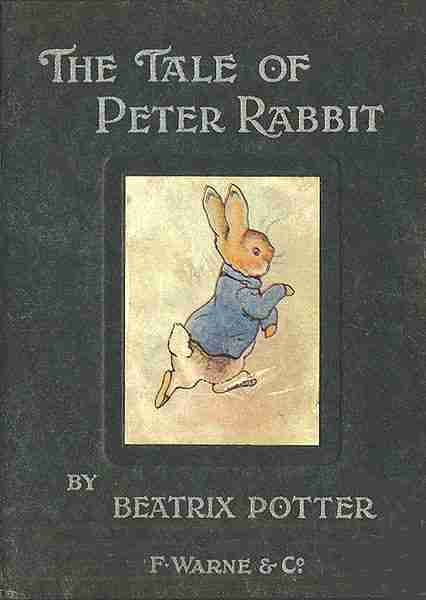 This post is part of an occasional series called Finding God in Children’s Literature, in which I look at children’s books in light of the Bible and Sacred Tradition. All correlations between these books and the Christian faith are my own insights, unless otherwise noted. You may quote me or link to these posts, but please do not re-blog them or use these ideas as though they were your own. Thank you.

The great literature of western civilization, whether consciously or unconsciously, bears either the mark of the Gospel or the rejection of it. I don’t know whether Beatrix Potter was purposely teaching children about Divine Revelation in The Tale of Peter Rabbit. I do know that she was a Christian. Her most famous work of fiction suggests the Christian faith had permeated her imagination.

We read Peter Rabbit as part of our unit study on Adam and Eve. I was looking for children’s stories about gardens, and Peter Rabbit fit the bill. Now, I had read it many times before and knew the general plot. But I was astonished to find, as we read the two stories side by side, that Peter’s story is essentially Adam’s retold.

Let’s look at some of the plot points in the fall of man, and compare them to Peter Rabbit’s tale:

Now obviously, these are not all the events in either story. Peter Rabbit has no tempter. He chooses disobedience on his own. Nor does he make any type of fig-leaf clothing for himself. And an evening’s tummy ache is nothing compared to death. But the similarities are so striking, I wonder that more people haven’t seen them.

Reading literature as part of your study of the faith opens whole new vistas of meaning and understanding. It gives your children early lessons in allegory and symbolism. It’s exciting for parent and child alike. It creates opportunities for your child to write his own Bible-based fiction, and builds a bridge to Christian meditation.

Share with us: How else might you use Peter’s story in your homeschool? Did I miss any similarities? Can you think of other children’s books that mirror Bible stories?

18 thoughts on “Peter Rabbit and the fall of man”